Google unpublished a couple of my apps the other day for having out of date privacy policies. Fair, those URLs went dead. However, upon updating the URLs, one app was still not accepted.

Wall Ball. That’s because it doesn’t collect data on you. And what I mean by that is that when my privacy policy looked like this, Google rejected the app.

But, it’s true. Wall Ball doesn’t actually contain any ads or collect any data about anyone or anything. It simply runs as a small free game.

So we’ll see if Google accepts it this time. 😊

But hey, maybe it’s just their idea of an April Fools joke. 😛

*EDIT* GUESS WHOSE APP IS BACK ON THE STORE! 😀

Hey all, I’ve been working on my 3d engine in Unity for a while and here’s what I have to show for it thus far.

The gameplay code is coming along nicely, and I’ve started dropping in higher quality assets for the visuals, to great effect.

Windows is better (and worse) in many ways than it ever has before. One such apparent lack of basic functionality is the ability to customize your start menu tiles. No, I’m not talking about that simple right click menu, I mean something like this:

Which looks a lot better than something like this:

How, you may ask? Through something called the VisualElementsManifest.xml. It’s a feature of Windows that you can actually use an .XML file to instruct it how to display the tiles. There are only a few options, but the one we’re most interested in is the option to replace the icon with our own picture.

You can thus add one next to each application’s .exe that you’d like to replace the icon for, and then update the shortcut’s modified date (quick way to do so is cutting + pasting it out and in of the windows start menu icons folder), and bam!

But how do you get stuff like Groove Music UWP apps working?

Make another .exe that launches Groove, then put the VisualElementsManifest.xml next to that.

Good thing I’ve already done all of these steps for you.

All you have to do is download these two things (three if you want to launch steam games from the start menu):

And if you want to launch steam games from the start menu:

I’m gonna assume you have a rudimentary knowledge of computers to get this stuff working.

Hopper has gained 6 new characters! Check it out at the link below!

Hopper is getting an update soon! Here’s a preview of one of the new characters that will be added:

Release should hit by next week, stay tuned! All added characters will be available to obtain for free.

This is the start of my first round of updates to my legacy apps in a few years. Hopper and Spin Ninja both fell behind in terms of support for new devices and performance, and Hopper is due for a dust off.

Cloudflare, one of the biggest companies on the internet in terms of reach, expanse, control, and practicability out there. They specialize in internet security, safety, and general privacy. They’ve been named the leading DDoS Prevention source In fact, I use them for my own DDoS protection needs.

A couple weeks ago, for 30 minutes, a LARGE chunk of the internet was down. This is because CloudFlare serves as the “gateway” or access point for many such websites, including some cryptocurrency endevours. Needless to say, they have quite a bit of control over the internet. 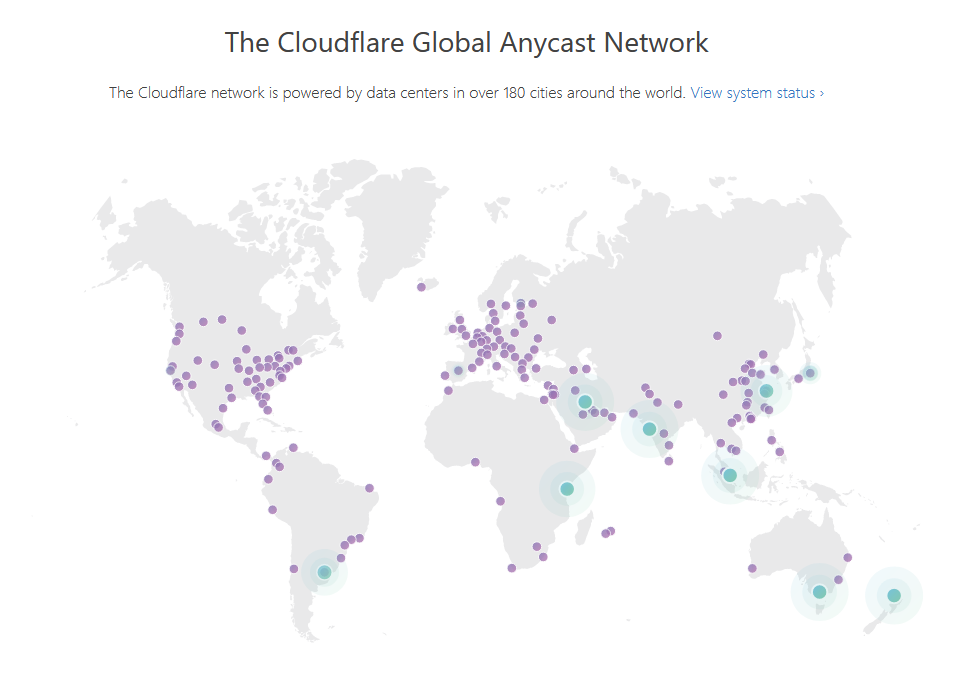 Why did everything break? Because of a little something called REGEX. A CloudFlare engineer apparently screwed up with a “regex” rule.

so that cloudflare outage was a caused by a single regex rule deployed globally in one go🤦‍♂️ pic.twitter.com/xws5kQZ59K

It stands for “regular expression”, and is a sequence of characters that defines a search pattern. This search pattern can be used to compare against strings to find characters or sub-strings that match the said pattern. It was original created by a man named Stephen Cole Kleene. He was a mathematician in 1951, and he described what would eventually become early implementations of pattern matching.

REGEX is usually a bad idea, unless you’re attempting a pattern match, or you really know what you’re doing. Whenever working with regular expressions, be VERY careful that you double, and then triple check the logic of what you’re writing.

This is a pattern that matches strings of characters that start with a capital letter until it hits a space. Confusing, right?

Oh yeah. But not only are they confusing, they can be dangerous. Let me give you an example.

Suppose we have the following, very simple regex pattern:

What this does is match any string with two or more “X”s followed by a “Y”. This would match these strings:

Let’s take a look at what’s going on when compared to this string:

The first X+ will match all 10 X characters. The second X fails. The first x+ then “backtracks” algorithmically to 9 matches, and the second one picks up the remaining x. The group has now matched once. The group repeats, but fails at the first X. Since one repetition was sufficient, the group matches. The Y character then matches and an overall match is found. The coder sees the correct return value, the regex is declared functional, the code is pushed into the wild, and our computers get just a little closer to exploding.

Except… what happens if the Y character didn’t match? Like, what if there wasn’t a Y character in that string? Then what would happen?

The regex engine backtracks. Hard. The group has one iteration it can backtrack into. The second X matched only one X, so there’s nothing it can do there. “But wait,” The program thinks. “What if the X+ gives up a matching X character?”

So it matches the first X+ to 8 Xs instead of 9. The second x+ promptly matches xx. The group again has one iteration, fails the next one, and the Y fails. Stay with me here. Backtracking again, the interpreter now realizes that the second X+ contains a position it can backtrack into, by removing one of the Xs from the second match and combining it with the first X+. It’s all very confusing, but keep in mind it’s basically just the computer trying all possible combinations to attempt to match the string.

Failing, the interpreter tries again, since there are still many more combinations it can try. The second X+ is reduced to XX, it tries again, fails, and then reduces further back into the original X. Now, the group can match a second iteration, with one X for each X+. But this wacky combination fails too.

Are you starting to see the problem here? This is off ONE expression. If you go to

and put the same string in that I did without the Y, it will actually fail to match after adding a couple Xs because it will time out from taking so long.

At least it tells us. If this exact situation happened inside a .NET application, it would crash, since a stack overflow would probably happen.

Now, the first thing you might think is: “Uh, just remove the parenthesis to fix  the nested quantifiers, genius”, but let’s replace each “X” with another, more complicated example. Something that might be coded in the workplace:

Not too much worse than what we had above. Now some context: The person writing this regex has a text file and they were attempting to figure out where the 20th item on a line started with an A.

Doesn’t seem like that hard of a task, and the regex works. What’s it doing, though? Same as the above example, it’s just harder to tell.

When the 20th field does not start with a A, that’s when the problems start. Let’s say the string is “1,2,3,4,5,6,7,8,9,10,11,12,13,14,15,16,17,18,19,20” At that point, the regex engine will backtrack. It will backtrack to the point where ^(.*?,){19} had consumed “19“, giving up the last match of the comma. The next token is again the dot. The dot matches a comma, since a dot is a wildcard character. The comma does not match the 1 in the 20th field, so the dot continues until the 19th iteration of .*?, has consumed “19, 20” You can already see the root of the problem: the part of the regex (the dot) matching the contents of the field also matches the delimiter (the comma). Because of the double repetition (star inside {19}), this leads to a catastrophic amount of backtracking. At this rate, it would take multiple seconds just to check one line of text which should take less than a tenth of a millisecond. This can lead to HUGE lagspikes. In Cloudflare’s case, their server’s CPUs were maxed out to 100% load instantly, causing the internet as we know it to vanish for a solid 30 minutes as a software engineering positioning was busy being posted on Glassdoor.

How do you fix this?

The trick is to be more specific. The complexity of the original regex expression was exponentially difficult, and contained a complexity of O(2n), which is terrible. The time it takes to complete said RegEx searches are exponentially higher the more characters in the string, and leads to terrible workarounds.

If you’d like to learn more about complex RegEx expressions, pattern matching, and how they could be vastly improved with the Ken Thompson algorithm, read this.

Now excuse me while I go back to something normal and non-confusing, like JavaScript.

Standards are important, especially with computers. Without standards, you end up with crap like JavaScript, HTML, and CSS. Too little, too late.

And one of the things that’s needed a standard for a very, very, very long time are version numbers. Ever notice some versions for software are like 2019.2.4, while others are like 1.0, 1.1, 0.1, alpha, beta, beta-0rc1, and 89.23x? It’s so confusing to know whether anything is up to date, what you’re updating to, and who is on what. Is version 0.9 of the triangle generator library compatible with version v1.3.0m of the graphics processing library?

Who knows, because everyone just kinda comes up with an arbitrary number to represent the state that their letters of code are currently in.

Yeah… I dunno either. Epic Games and Blizzard are both major companies, though. Surely they follow some sort of protocol?

Here’s how Steam does version numbers.

Cool. None. Just a date.

Anyway, the point is, there needs to be a standard so that it’s simple and clear to see how much something has updated since your version, what version you have in relation to the latest version, and for simplicity’s sake, not five hundred characters.

Introducing semver.org, it is a global attempt at a standard for software versioning around the world. It’s a simple, clean, and effective method of versioning your software, and since discovering it I have been adopting it into all of my new projects, and as many of the older ones I’m still currently working on as I can. If you want to help, simply go to semver.org, read the rules, and share it with other software engineers.